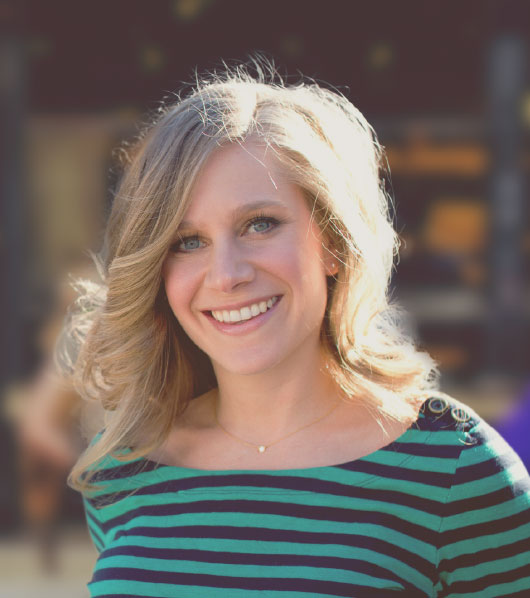 When I was ten weeks pregnant, I took a deep breath and posted about it on Instagram. I knew there was a risk I might have to return, tail between my legs, to admit I had miscarried. But that was exactly the point. There’s an unspoken rule to keep pregnancy a secret until you’re in the “safe zone” of the second trimester (twelve weeks).

Why? Because miscarriage is common in the first trimester, and we don’t want to have to talk about it. I believe this perpetuates an idea that miscarriage is shameful, that people can’t handle talking about it. Neither of these things are true, so I decided to use my social media platform to model a new kind of behavior, announcing my pregnancy in the first trimester, owning this uncertainty in a public forum.

That uncertainty in the first trimester is very real. As a physician, I’m aware that miscarriage occurs in about ten to twenty percent of pregnancies, and almost all of that risk falls in those first 12 weeks. Understandably, people wait until the risk of miscarriage is considerably lower before they tell the world.

But there’s a problem with this: we rarely hear about the early pregnancies that end in miscarriage. It creates a biased perception that all pregnancies you hear about magically work out. And then, when someone has a miscarriage, they’re left feeling isolated in that experience and suffering in silence. They wonder: what’s wrong with me? Why did this happen to me and not to everyone else? But in reality, it happens so often—we just don’t hear about it. Miscarriage is a last bastion of secrecy and shame. I felt called to put myself in this exposed position so that, in the event of a miscarriage, I could offer up my lived experience to help shift the conversation around miscarriage.

Then, at eleven and a half weeks, I miscarried.

I knew I had been taking exactly this gamble when I went public with the pregnancy, that there was a chance the universe would call my bluff. Was I really comfortable talking about it?

Why Does Miscarriage Happen?

While women often feel shame around miscarriage, in truth, miscarriage is common, normal, and natural. Much of the time, it’s mother nature’s version of genetic screening. The typist of human reproduction occasionally makes typos while it transcribes DNA for our offspring. A significant percent of embryos have genetic errors (i.e. typos), and miscarriage is the system of checks and balances that prevents nonviable embryos from making it past the early stages of pregnancy. This system has been in place throughout human evolution. While genetic errors increase with age (ahem, maternal and paternal age), they can happen at any age. Miscarriage can happen to anyone, and it doesn’t mean there’s anything wrong with you or that you did anything wrong.

My Experience Sitting in the Middle of the Discomfort

The societal ban on talking about early pregnancy doesn’t make miscarriage any less common. It does however put unnecessary pressure on pregnant women in the first trimester. It creates a song and dance around declining a drink. It puts pregnant employees in an awkward bind when they’re feeling tired and nauseated in the middle of the workday. And, perhaps most importantly, if and when a miscarriage happens, it can make this complex life experience feel like a shameful secret, and leave someone feeling like it’s inappropriate to talk about what’s most on their mind. My hope is that normalizing miscarriage means women don’t have to suffer in silence.

My experience with pregnancy loss has been a journey inward to a better understanding of my anatomy and a better ability to listen to my body’s needs. It has shed light on my true yearnings (do I still want a second child? What’s my appetite for recurrent miscarriages?), and it has simultaneously challenged and galvanized my capacity for trust and surrender to things out of my control.

I got still and spent a lot of time sitting in the middle of the raw emotional discomfort. As the dust settles, I’m realizing I feel a combination of grief and peace. I’m holding these two seemingly contradictory feelings at once. There’s a part of me that initially felt guilty for feeling any semblance of peace. Then I realized that guilt does not help anybody, and, in the midst of my grief, I can also be okay with feeling okay. In no way do I mean to discount anybody’s devastation after pregnancy loss. Miscarriage is a loss, complete with a grieving process, and it can be profoundly sad. But I need to be honest, and I also want people to realize we have license to feel however we feel.

You can feel a disorienting mixture of devastation, hopelessness, anger, and relief. Some people are having their fifth consecutive miscarriage after seemingly endless rounds of IVF, feeling discouraged and losing hope of ever having a child. Others might have had an unwanted pregnancy, and are now experiencing the whiplash of losing something they never realized they wanted. There’s no right or wrong way to react to pregnancy loss, from relief to despair.

Miscarriage makes some people worry they’ll never have a baby, or believe there’s something wrong with their body. Multiple pregnancy losses can provoke an unimaginable sense of defeat. My hope is that we can at least drop the self-blame associated with miscarriage. If it feels like you haven’t slowed down to check in with your body in a while, let it be a call to action to get quiet and ask your body what it needs. But also, miscarriage happens even when our bodies already have everything they need. Miscarriage happens, full stop. It’s a part of the childbearing journey. It’s not a reason to blame ourselves or feel like a failure. To borrow a term from Jon Kabat-Zinn, it’s simply part of the “full catastrophe” of being human.

This experience has also been a journey into our broken medical system. As a physician and a recovered people-pleaser with a partner by my side, I thought I was well-positioned to advocate for myself. Yet still, I felt dismissed and bullied by the subtle contempt, systemic misogyny, and adversarial attitude peppered throughout our burned out medical system. For example, the insistence that we date a pregnancy by the last menstrual period, even when a woman tracks her ovulation and conception date and does not have a textbook 28-day cycle, is based on the idea that women can’t be trusted to know their own bodies.

When a technician comes to the end of a vaginal ultrasound, she should remove the wand slowly, gently, with a modicum of reverence for this proximity to something sacred and painful. In her rush to get on to the next patient as efficiently as possible, my technician may have lost her awareness of the human being around the wand. At this point, rushed and tone-deaf healthcare providers is something we shrug off often and without realizing it. But in the context of pregnancy loss, substandard bedside manner is an abomination.

What the Body Needs After Miscarriage

The medical field has a poor understanding of what a body needs after miscarriage. I was bleeding heavily, lightheaded, and depleted. My uterus was beginning to prolapse. My body was asking for rest. Instead, I was advised to run around the city to get additional sonograms, blood tests, and IV fluids the morning after a miscarriage. I didn’t need to wait in triage only to perch uncomfortably on an ER gurney, I needed to sip tea while lying on a couch under a blanket, watching The Good Place, processing what just happened.

Kimberly Ann Johnson, author of The Fourth Trimester: A Postpartum Guide to Healing Your Body, Balancing Your Emotions, and Restoring Your Vitality, explained that “miscarriage is essentially a postpartum period,” proportional to the amount of time you were pregnant. The difference between a post-miscarriage and a postpartum period is that, at least in our culture, we don’t have a tradition of rest and time off from work after miscarriage (how could we when first trimester pregnancies and miscarriages go unspoken?). Admittedly, the U.S. barely acknowledges the necessity for time off and recovery even after childbirth (!), but that’s a separate conversation.

Johnson recommended that I “rest, stay out of gravity” (i.e., stay off my feet), and avoid leaving home. She also recommended something called vaginal steaming to help my body heal. Not yet a household term, vaginal steaming is a traditional practice of steeping specific herbs in water, then sitting over a basin of the hot water, either using a sitz bath or a steaming stool, to infuse the healing uterus with this warm, aromatic steam. I did not feel compelled to scour the medical literature for supporting evidence. It’s a safe practice, and it felt deeply soothing. It forced me to slow down and take loving care of myself. It also seemed to correspond with a decrease in bleeding and the return of my prolapsed uterus to its rightful place.

After pregnancy loss, it is of course important to heed medical advice (there are potential medical emergencies with miscarriage), but it’s also necessary to advocate for our needs and occasionally push back with questions like: can this follow-up sonogram or procedure wait a few days? As a doctor, patient, mom, and someone who experienced a miscarriage, I would recommend a prescription of ample rest, staying out of gravity (avoiding standing and unnecessary activity), vaginal steaming, and plentiful iron-rich foods like bone broth, nettle tea, chicken liver pate, red meat, spinach, & black strap molasses, along with citrus fruits for vitamin C (which helps us absorb iron).

Perhaps most important is time and space to process, with an attitude of allowing and even welcoming all feelings, whether it be sadness, grief, defeat, anger, rage, relief, ambivalence, questioning your faith, or deepening your connection to the divine. My current focus is on rest, nourishment, and turning inward to process and integrate this experience.

We’ve all been through a lot together this past year. As a society, I think we’re ready to carry the heaviness of pregnancy loss. My hope is that more women in their first trimester can dip their toe into discussing their pregnancy, even beyond their innermost circle. And in the event of miscarriage, bring those same people in to help you hold the experience. Most importantly, release self-blame. Stand in the experience without shame, even if those around you squirm. You will be lighting the path for them to show up differently for the next person.

If I had known I would miscarry, perhaps I never would have posted that initial pregnancy announcement. But shepherding the topic of miscarriage out from behind the shadows was exactly the point of that first post. I hope we can all begin to discuss our pregnancies whenever we feel ready, normalize the conversation about miscarriage, and begin to drop the stigma and shame around pregnancy loss.

Ellen Vora graduated from Columbia University medical school, received her BA in English from Yale University, and is a board-certified psychiatrist, medical acupuncturist, and yoga teacher. Dr. Vora takes a functional medicine approach to mental health—considering the whole person and addressing imbalance at the root, rather than reflexively prescribing medication. In addition to her private practice, Dr. Vora is also a writer, speaker, and a consultant for healthcare startups. 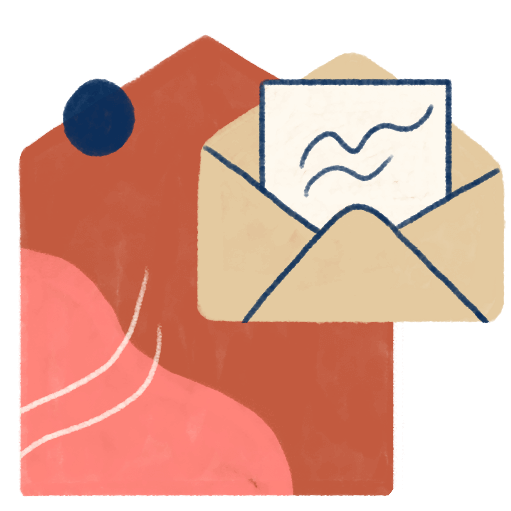